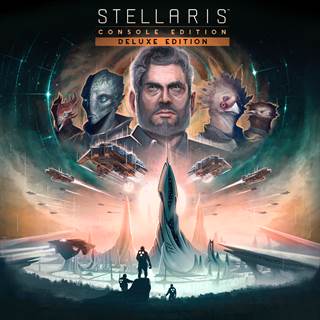 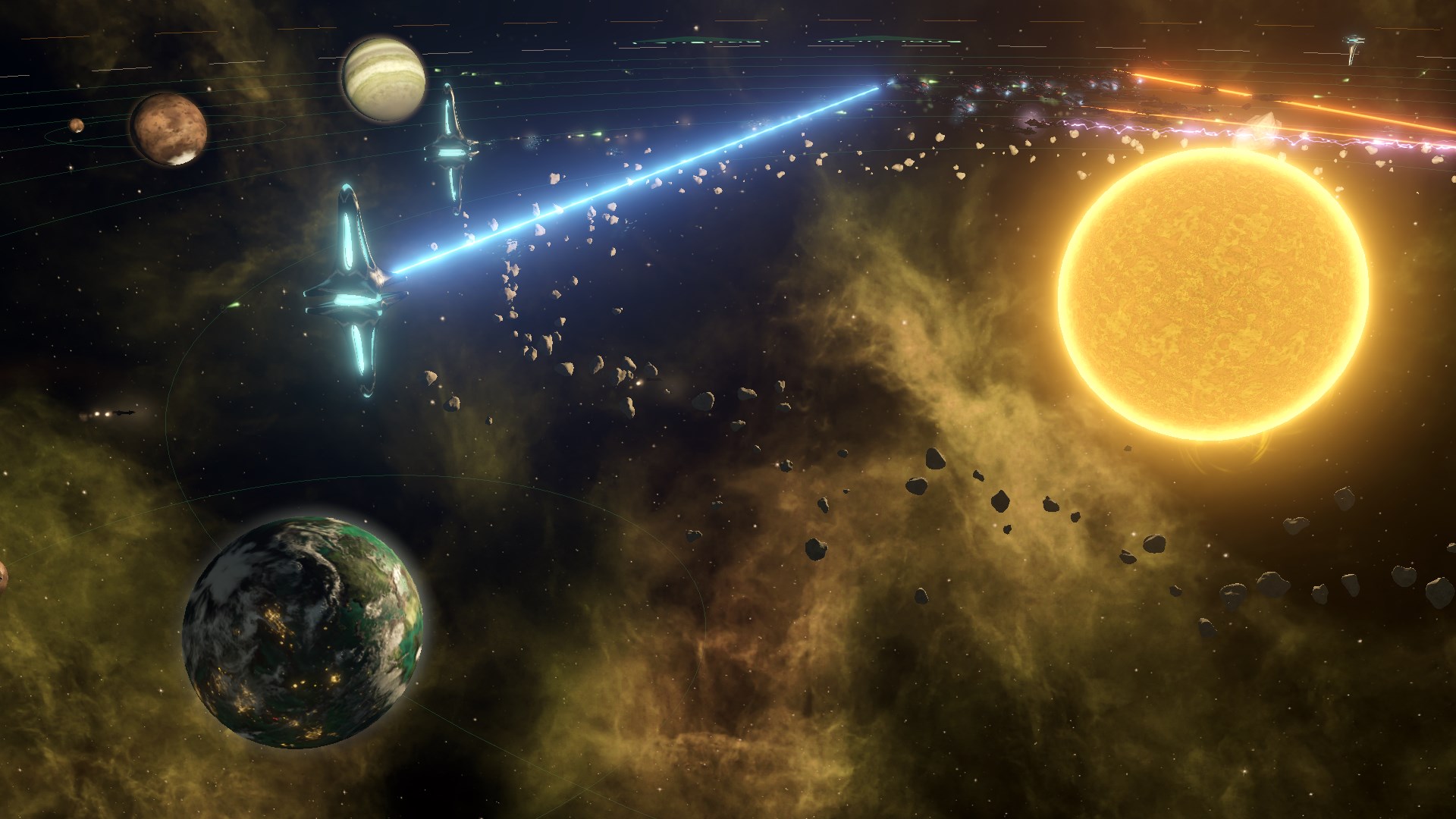 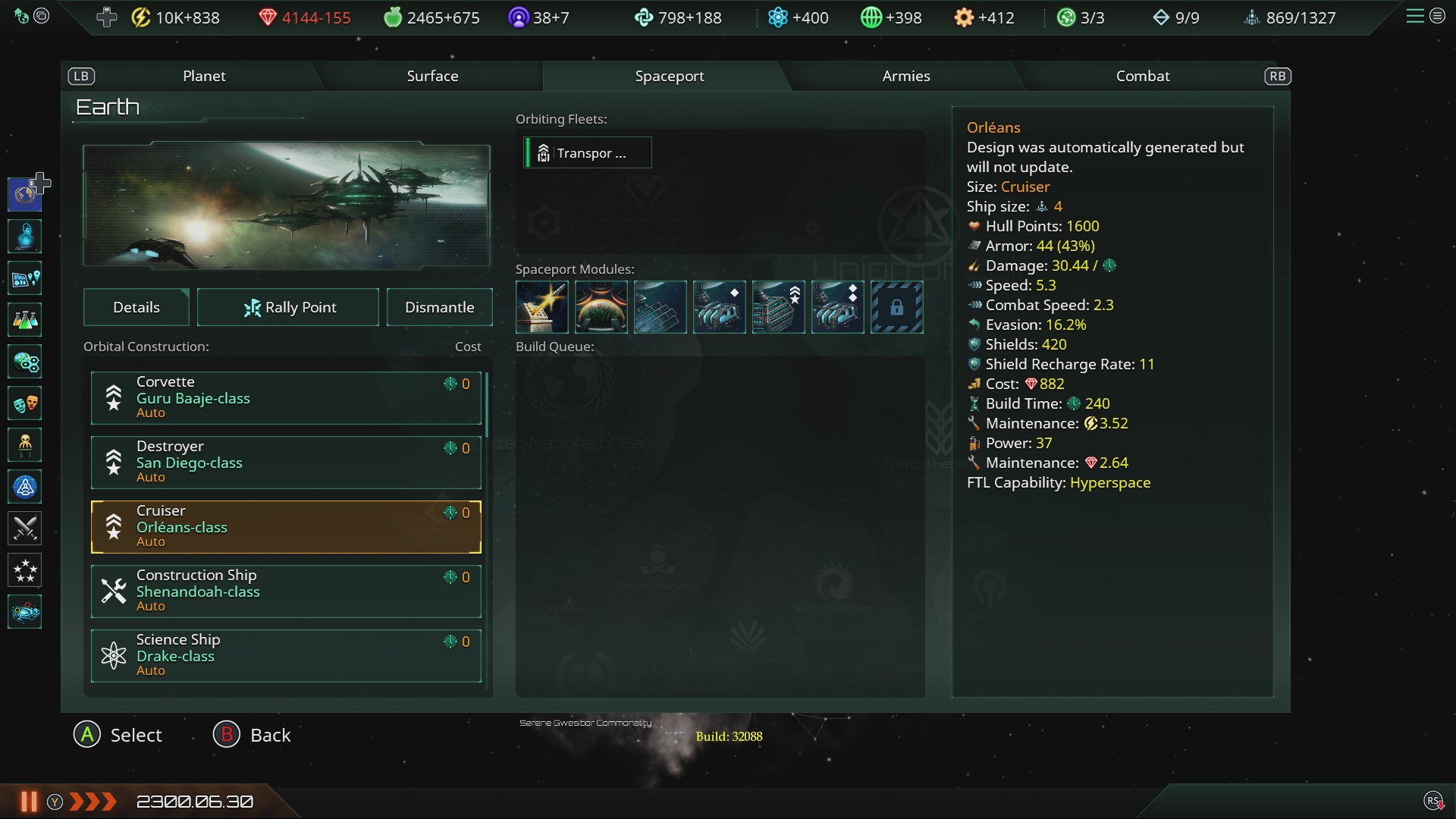 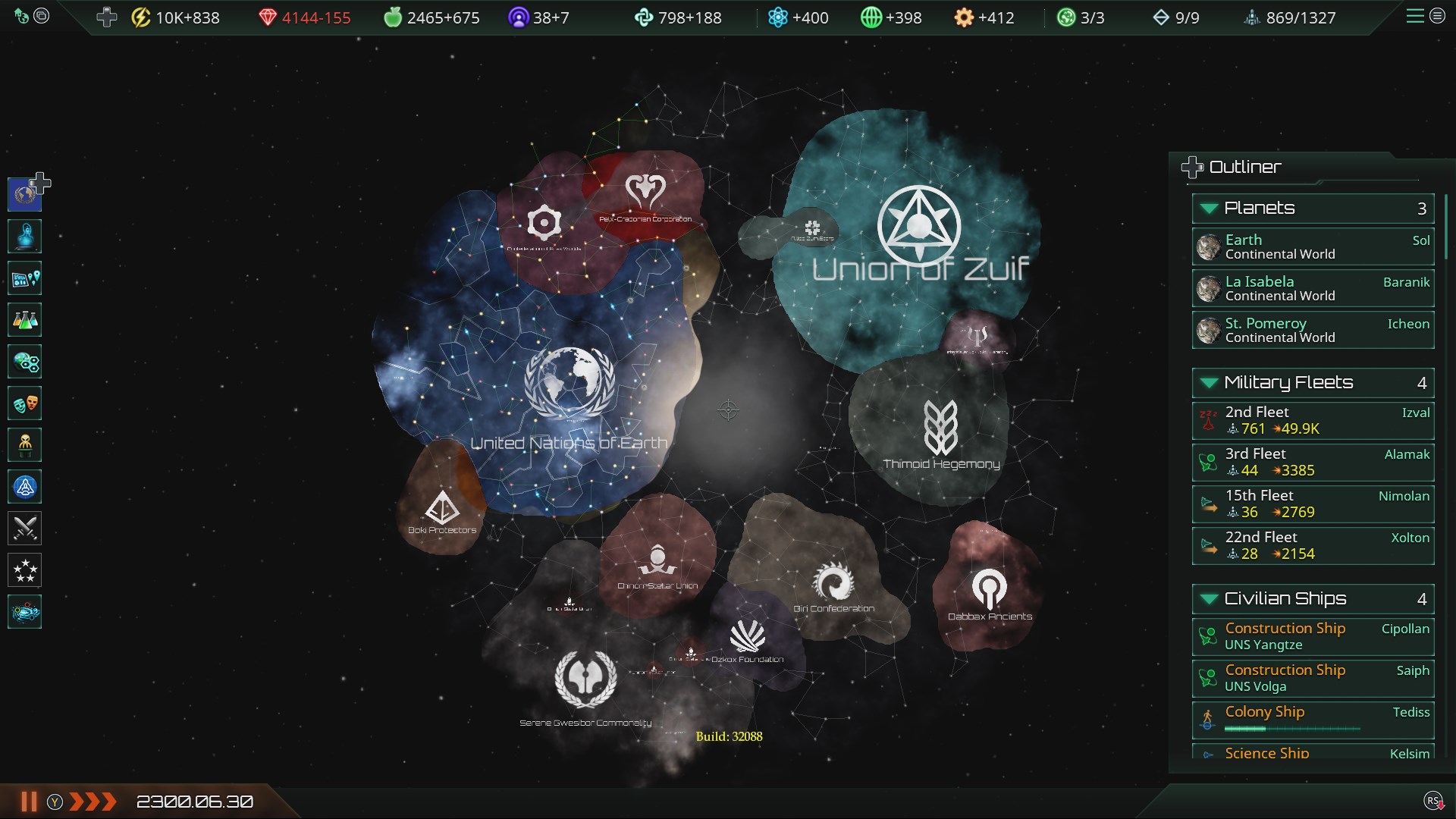 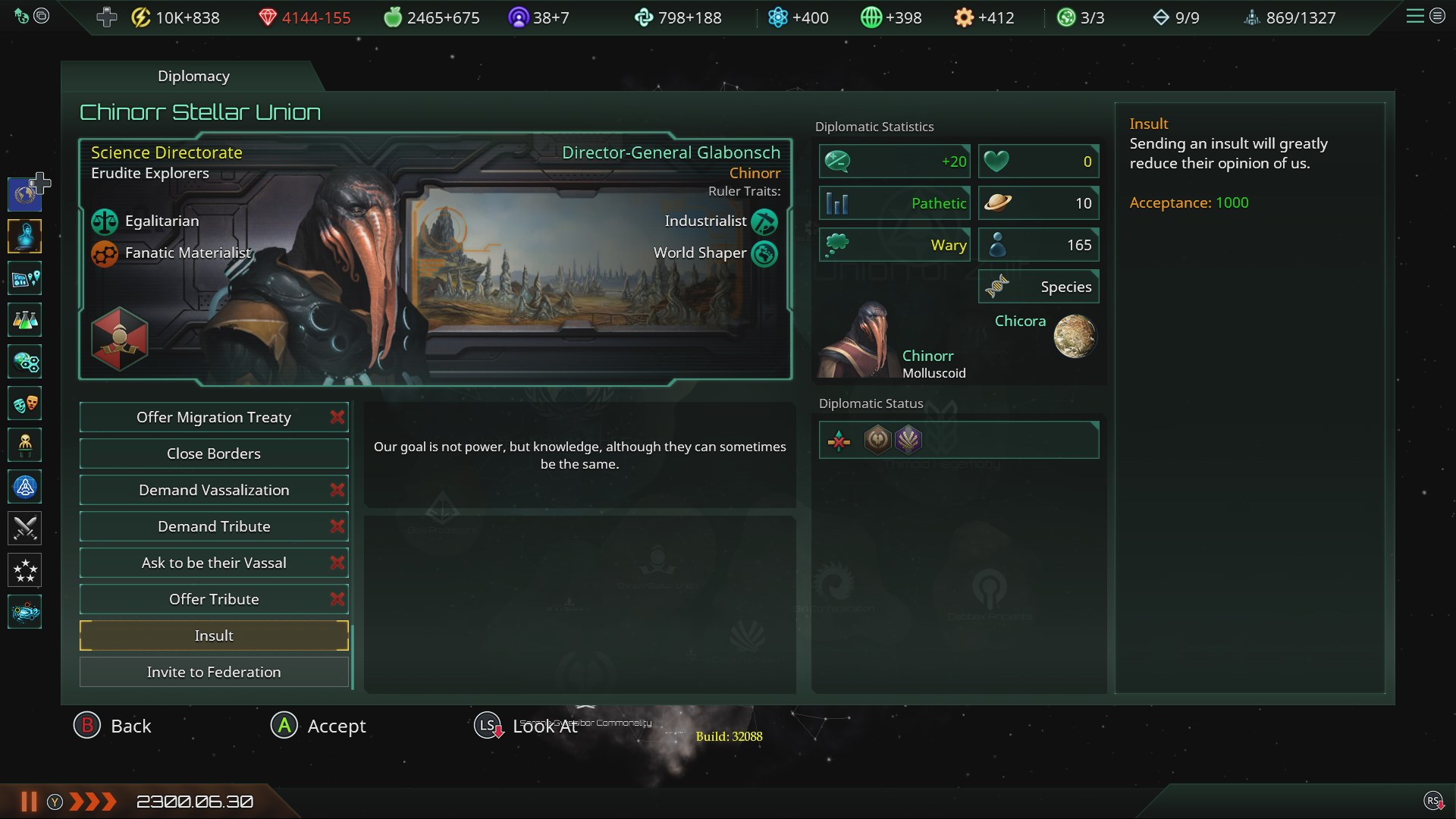 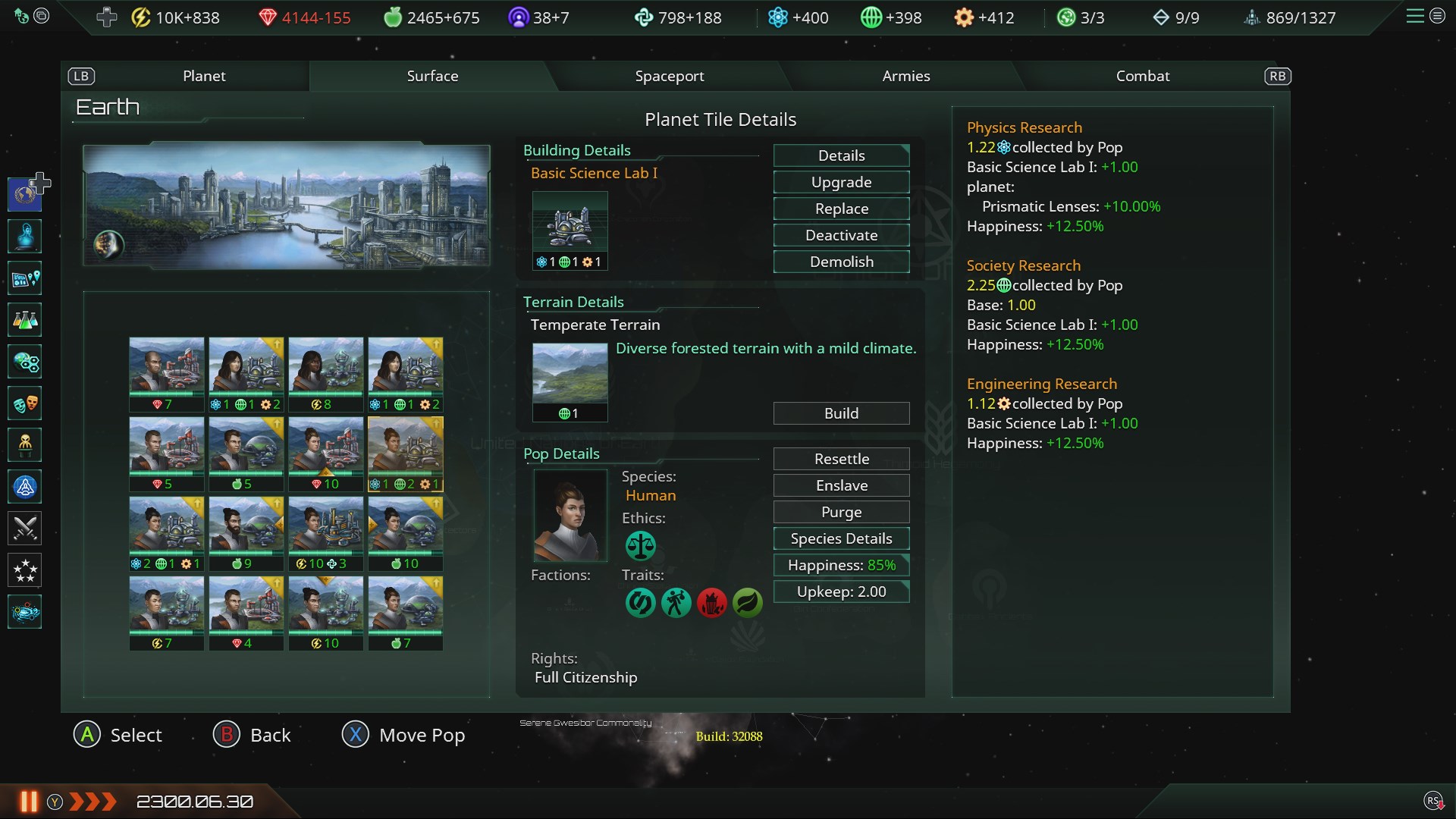 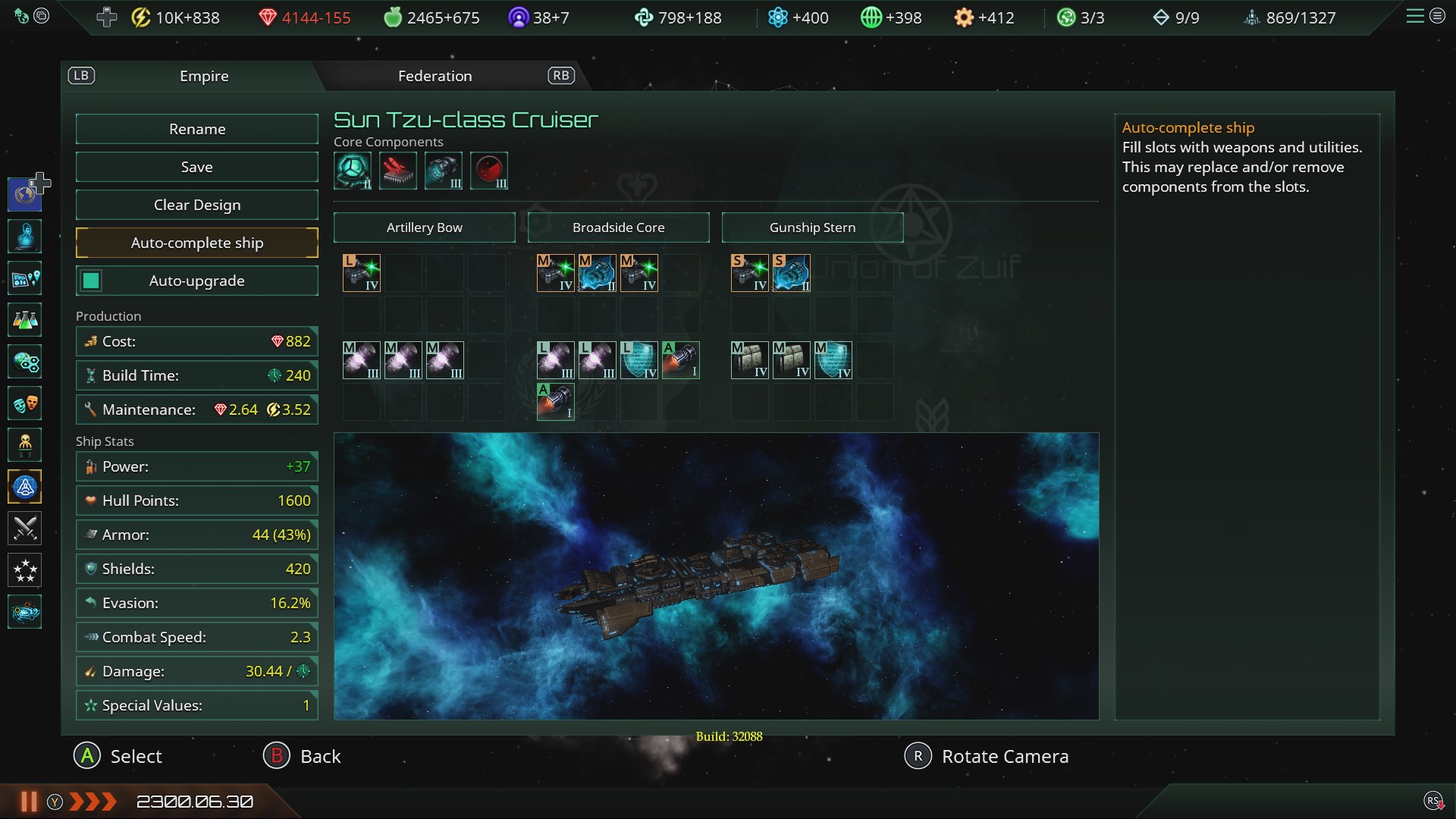 Save money on content for this game by purchasing the Deluxe Edition Content can be downloaded from Xbox One Store as and when available.

The universe is getting bigger every day! Paradox Development Studio is bringing the grand strategy genre to consoles for the first time ever with Stellaris: Console Edition. Featuring the same deep strategic gameplay, rich and diverse alien races and emergent storytelling, Stellaris: Console Edition puts the complexity of the galaxy at your thumbsticks. Whether you’re exploring the unknown, discovering the mysteries of the universe, or conquering it for the glory of your empire, console players have more inter-galactic strategy awaiting them than ever before.

Stellaris: Console Edition Deluxe also includes the Plantoids Species Pack, Leviathans Story Pack, and the Utopia Expansion for the explorer ready to take on even more in their adventure.

The universe has arrived at your consoles, it’s up to you what to do with it.

MAIN FEATURES
• Classic Grand Strategy features of deep exploration through enormous galaxies and diplomacy with wildly varied alien races, all created with the procedural generation to ensure diversity in the wilds of the universe.
• Plantoids Species Pack - Meet a whole new kind of being with this cosmetic pack that features a plant-like species that has gained sentience and begun to spread its tendrils across the galaxy, planting the roots of new civilizations on new planets.
• Leviathans Story Pack - Encounter mysterious giants of space, unearth their powerful secrets, and reawaken an ancient war of galactic scale.
• Utopia - The first ever major expansion for Stellaris, Utopia gives you new tools to develop your galactic empire and keep your people (or birdfolk or talking mushrooms) happy. Build wonderous megastructures or collect unity point and adopt traditions to unlock Ascension Perks that allow you to give up your biological forms in a Synthetic Evolution, or unlock the full psionic potential of your species through Transcendence.
Bilgiler tüm hakları saklı olarak resmi Microsoft sitesinden alınmıştır.